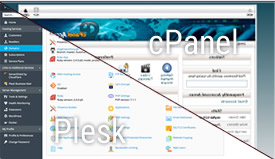 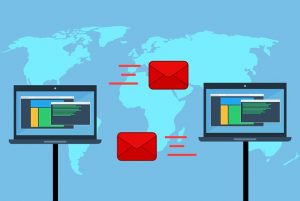 I recently wrote and submitted to this site a short, but in my opinion concise article about picking a domain name. I tried my best to include all the ins and outs of the requirements and not so important details. Now I would like to discuss the good and bad of the hosting world.

To start with, let’s make sure that we’re discussing the same thing. A host is a company who controls a computer that stores your information. When someone visits your domain, the computer serves your web site to their browser.  The host is the company, the server is the computer. That distinction is important when choosing a place to serve your site.You may have a great host, but a poor server, or reverse that. Maybe the server is strong, but the host has awful client support. When shopping around you need to consider both aspects.

Okay, that’s really over simplified, but if you think about it as a computer configured to dispense data when someone requests it, it really puts it into context. Some of my students were confused when I put it in these terms, there were always a few students that believed that it was a ‘special’ computer somehow. The truth is, is that if you wanted, and assuming that you were connected to the internet, you could run a server on your personal computer. It’s as simple as as having the right software. In fact several years ago I ran a server for my own personal sites. For the record, I have simplified it, and it actually takes more work than I’m suggesting, but you could do it.

Okay, so now that we know that a server is nothing more than a computer that delivers content to people/computers that request it, we have to pick a company to run that server. This company is known as a host and this is where you need to understand the importance of picking the right host. For example, two hosts can run the same software but have different allowances of email accounts. That is just an example and the choices that you will encounter are too numerous to list here.

What I would like to do is suggest to you what I consider to be a good host. I’ve been building web sites since 1998 and have been teaching web design since about 2002. there are issues I’ve encountered and software that I’ve learned to respect, but in the end this is a subjective opinion on what makes the best host.

The reputation of the hosting company

This is pretty much a no-brainer for most shoppers. The reputation of the host can tell you if they are quick to fix issues or they treat their customers poorly. Honestly, I don’t think I need to go into this anymore than that. I will mention though that in the beginning, when I was looking for a host I did what I think most people would do, I searched online. The web is probably the best way to get information about a hosting company with one big caveat. Many hosts will purchase reviews on sites that will be ranking or rating hosts. I was fooled once and never again. Take all the recommendation that you see online with a grain of salt. Most are good, but some aren’t. the real trick is to view as many recommendations as possible, and believe about half of what you read.

Update: I was going through some web site looking for inspiration when I came across an article of how to pick the best host. What a coincidence I thought, so I read on. Then I got to the part where the acknowledged that they had been working with the hosting companies to get discounts to all of their readers. Now I don’t know for sure, but that kind of sounds fishy to me. A site rating hosts that will give you a discount if you sign up… hmmm.

“Our sister site TechRadar has negotiated some extra discounts on these web hosting services. Creative Bloq readers can also take advantage of these deals.” –creativebloq

Although it’s not the only thing, but you need to decide which OS you’re going to choose. The choices are Linux or Windows, and to a lesser degree, Mac.

To make the right choice you need to decide if you have specific programs that your site will need to run. For example there are many schools and business that will require a program that only runs on Windows so their choices are limited. There are many reasons to pick a Windows server, but for most of us it isn’t needed. In fact it can be a setback if you want to run some popular programs. Since Windows is proprietary and Linux is open-source you will generally find more useful programs for Linux. Troubleshooting and documentation is generally easier to find as well. In this article, for the basic person, I would suggest a Linux based server. Linux is open-source and that means that it’s free for companies and individuals to use. Several companies have worked with Linux to create the most popular hosting software, Centos.

Each platform, Windows and Linux will allow you to serve your web site to others, but I would strongly suggest that you choose Linux running Centos.

Now that we’ve picked the operating system the rest is just a matter of making sure you have the options that you need. Most modern hosts that offer Linux with Centos will have the following:

A good control panel will have all the features and options that most people need to operate and maintain their site. If you want to create an e-mail account, you can do it in cPanel in less than a minute. It is very important that you get a control panel that you are comfortable with. My personal choice is cPanel if only because it’s the best that I’ve used. The other popular control panel is Plesk, but I haven’t used it so I can recommend or talk smack. If your choice of host only offers Plesk, I don’t think that you could go wrong. It’s been around for a long time and I’ve never heard anything bad about it. It’s just not as popular as cPanel. What you don’t want to do is to choose a host that uses their own control panel.

How much space do you need?

The subject of how much space you’ll need for your site is kind of a strange one to answer. When picking a host most people will latch onto the quantitative nature of allocated space. There a simple reason why, it’s because most of us understand that more is better. If a site tells you that they offer mySQL databases, you may not know what that is, or if you even need it, but if you are comparing hosts and one offers unlimited space for your site most people understand that.

The truth of the matter is something that most people don’t ‘get,’ at least most of my students had difficulty with this concept. Most web sites don’t take up a lot of space on the server. An average site, let’s say a WordPress blogging site will take up about 10MB on installation (including the theme). It’s about 5Mb for WP, and I’m being generous on an additional 5MB for the theme. The truth is, is that you probably don’t need gigs of space. Some hosting companies that sell huge amounts of space to smaller accounts understand that the client will never use it. The bad hosts do this and then pack the server with too many clients, even if the clients allocated space is greater then the server’s hard drive. This can dramatically slow down all the sites on the server.

So to answer the question of how much space you need, you have to decide what your site is about. If you plan on having a video site, then you probably need a lot of space, in the 100GB range. Having said that though a video site probably shouldn’t be run on anything other than a dedicated server. A basic static site will need only about 50MB, and a site that you’re adding to on a regular basis, like a blog, will probably never need more than 1GB.

Shared account:
The shared account is usually a limited account that will allow one domain to be used. These are usually the accounts that you see for $5 a month. After all, the expectation of the host is that you are treating your site as a hobby.

Reseller account:
The next step up from a shared account is a reseller account. This type of account will give you the ability to host multiple domains, and are allowed to sell extra space to others. The expectation is that you are a business and need more control and options. This is a great plan for web designers and developers because they can host the sites that they create for their clients.

Choosing a host isn’t easy with so many different options and choices to pick from. The best thing to do is decide what you expect from your site and then research what options you need. Then, and only then look for a host.

Oh, yeah, don’t get your hosting from where you bought your domain no matter how hard they push you.

It should be noted as well that I own a server and sell space on it. I won’t add the link so there isn’t any chance that you’ll mistake this for an advertisement.