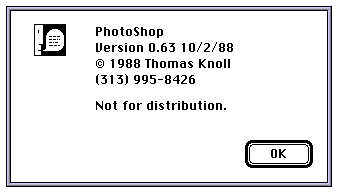 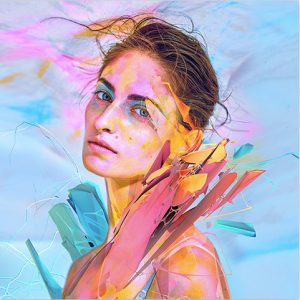 There was a time when Photoshop (PS) was a fresh new product that nearly nobody had heard of. Of course those times are long gone, in fact I think that if you were to ask anyone on the street, in any country in the world, “What is Photoshop?,” all would give you basically the same answer, “It is an image editing software.” If there were any variations in responses my guess is that it would be minimal. It’s remarkable that PS has basically become a worldwide household name, (assuming I’m correct of course), you could include it with such brand names like Coca-cola, Toyota, and maybe a few others.

So how did PS get to be one of the most well known products in the world? Who created it and when? The beginning of every computer graphics course as I’m introducing PS to my students, I usually spend some time going over how PS got started, and most of the times the students seem somewhat surprised by its meager beginnings. They rarely know that PS was not created by Adobe and that the software was given away when you purchased a scanner.

Before I get into the history of PS I want make sure that the narrative that I’m discussing is based on information as I recall as well as using specific web sites to fill in the names and the dates that I either didn’t know or couldn’t remember. 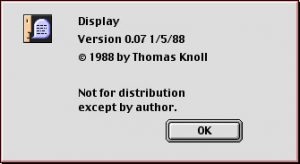 The first name for the software was known as Display which changed to ImagePro, and started as a give-away when you purchased a scanner. You know, to help you with the images that you scanned to ensure that you could make basic adjustments like straightening and cropping. For the more adventurous you could also make color corrections. The scanner that the now renamed software was bundled with was made and sold by Barneyscan, (source) under the name of Barneyscan XP. It wasn’t long before Imagepro became more important than the scanner and was used for general editing and image manipulation.  Around this time the final name of Photoshop caught on as the final name.

The two brothers who created the software that would eventually become PS were Thomas and John Knoll. Rumor has it that Thomas purchased an Apple Mac Plus computer back in the mid-eighties and was surprised by it’s lack of ability to display gray scale imagery.  So he decided to write code to achieve the task. That started the ball rolling and soon his brother, John, who was working at Industrial Light and Magic at the time, joined up to help define some of the key attributes for the software.

The Knoll Brothers in an attempt to get funding for PS approached Adobe two times. The first time was before licensing it to Barneyscan under the name of Barneyscan XP. At that time Adobe was not interested. The second time the Knoll’s were more successful when Russel Brown, who was working at Adobe as an art director, was very impressed with the software and help convince Adobe to work with the Knolls.

From the earliest days of Display in 1987 the software only worked on Mac/Apple computers. It wasn’t until 1992 when PS created version 2.5 (source) that it was available on PCs. It is noteworthy, that I believe that along with other hardware specific advantages of the Apple computer, PS helped cement the idea that Apple was the computer of artistic people. To this day I can’t think of one big design firm or university that teaches graphic design that doesn’t use only Macs.

The rest of the story

From here on I don’t really think it’s that important to go into the details about individual steps that Adobe has made. I guess that I just think that whatever time you’re in, Adobe Photoshop is what you’re used to and each version that Adobe has made can honestly be argued as a step forward, or in my case, a step backwards.

I can honestly say that PS is my go to software whenever I feel creative or want to quickly or efficiently edit an image. In some ways it’s remarkable how far the software has come in the twenty-plus years I’ve been working with it. I think though that I would be remiss to tell you the whole story. I may use PS on a nearly daily basis but I don’t like Adobe. I feel that much of what you can do with PS now, you could do with the earlier versions. I don’t see a need for many of the updates that Adobe has pushed out merely to ensure that you upgrade your subscription.

Back in the day, I felt that Adobe was trying its best to help me to be the best artist/instructor I could be by creating a great product with little fanfare. Now, unfortunately I feel like Adobe is a huge corporation trying its best to extract as much money as they can from me. It’s sad that I only use PS because of my legacy feelings and not what the software is.

One thought on “Photoshop’s Beginnings”